About a week ago, news came out about Netflix’s series The Punisher and Jessica Jones have been cancelled thus ending the Netflix Marvel Universe. Daredevil, Luke Cage and Iron Fist had already been cancelled, and we were all bracing for the final two shows to meet the same fate. All these shows were a pleasure to watch. Not only were they entertaining, but their stories hit the mark on so many levels. The character interactions, intent, and vulnerability made them elevate to so much more. Did it help that it was a “darker” series? Sure. But is that what also made it not connected to the rest of the MCU?

We’ve heard the hashtag before from Marvel TV head Jeph Loeb “It’s All Connected.” This phrase has been what captured us about the first season of Agents of S.H.E.I.L.D way back in 2012, and continued into 2019 and beyond. The fact that all of these Marvel TV shows, wether it be on Netflix, Hulu, ABC or another network they all took place not only in the same TV universe, but also in the Marvel Cinematic Universe as well. Iron Man and Daredevil and The Runaway kids’ T-Rex all were in the same place. While it’s not exactly hard to believe in a comic book world, in a live action series that spans multiple movies and shows is a little harder to do. Especially when there are different networks involved.

Agents of S.H.E.I.L.D tried to be connected. There were episodes that showed them cleaning up the Library in London after Thors battle with Malekith in ‘Thor: The Dark World’ and then of course was the breakup of S.H.E.I.L.D after the events of ‘Captain America: The Winter Soldier.’ Little nods here and there are great, but it still never felt connected. Agents of S.H.E.I.L.D continued to try with showing Phil Coulson, a character from the movie universe, getting the Helicarrier for Director Nick Fury in ‘Avengers: Age of Ultron.’ The main issue with all these examples, is that it’s the show just relaying off the events of the films, but the films are never effected by the events of the shows. Nowhere is the a mention of Phil Coulson being alive. Not a mention of inHumans, a race of super powered people made from alien and human DNA, roaming around the earth. No mention of a a group of vigilantes blowing up a building in New York calling themselves The Defenders. Granted we don’t actually get to hear them called that, but I feel like that would be some big news considering Avengers Tower is in the same town. 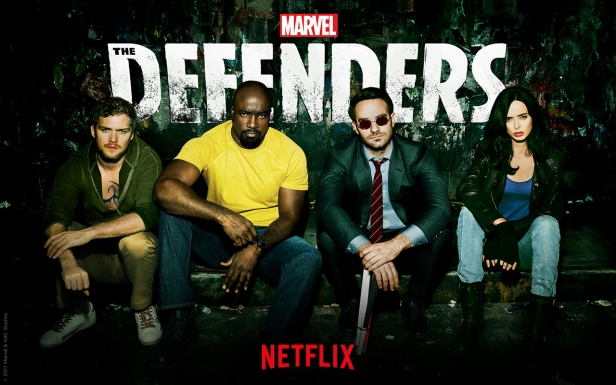 The shows want to be connected to the films, but it’s clear the films want nothing to do with the shows. There’s no need for them to be. The success of Marvel Studios at this point in time is remarkable to say the least. They have their own roadmap, and that roadmap has nothing to do with what Matt Murdock and the other street heroes are doing.

While it would be really cool for one day Spider-Man to swing and see a silhouette of devil horns or even Vincent D’Onofrio’s increíble portrayal Kingpin in the MCU, we may not ever see it. What also didn’t help the cause was the behind the scenes war within Marvel. Ike Perlmutter, Marvel Entertainment CEO, and Kevin Feige, President of Marvel Studios, were at arms with each other. Feige at one time was reporting to Perlmutter, however Perlmutter wanted to change things drastically. Films like Captain America: Civil War and Black Panther would only not have been made at all, but would also be completely different. If Perlmutter had his way, we would have seen the Hulk be for pro-registration against Captain America. In the case of Black Panther and Captain Marvel, Perlmutter didn’t believe these films would be successful, and did not want to make them. At one point Perlmutter attempted to get the rights for the X-Men and Fantastic Four, however kept lowering the return cost Fox would get and so tried to create the inHumans as the answer to their mutant problem. Perlmutter wanted to control and change so many things on the film that ultimately led to Kevin Feige demanding to be removed from reporting to him and instead report to Alan Horn, Walt Disney Studios Chairman. The feud between the two is mostly why the two sides of the Marvel coin cannot get along. The best chance we have to see some type of Marvel show not only reference but have an impact to the films will be later this year when Disney’s streaming service Disney+ debuts shows based on MCU characters. A Loki and Scarlett Witch series is already in development, as well as a Winter Soldier and Falcon series. The main difference between these shows and the others? These are going to be produced by Marvel Studios, not Marvel TV. One could bet there will be things that either explain past events or even lay the foundation for future events in the MCU with this formula. I believe we can say a villain will be introduced in one of these series and they will go on to be a villain in one of the future MCU films.

This is the future of Marvel Studios, and the Marvel Cinematic Universe. This is the new connected universe, and it will actually be connected instead of pretending to be. Netflix currently has a contract on the Marvel shows that prohibits Marvel from making new content with these characters for two years. That’s two years of Disney+ trying different MCU shows. By that time, they could easily develop their own versions of these characters that will be a part of the film universe and in turn will be able to see them in the bigger films.

A refreshing look on the things you already know and love.

Jace and Josh host the show Fresh Geek Context, an hourly bi-weekly podcast where their favorite topics are discussed in detail as well as educational insight so everyone can join in on the fun.

Listen Via These Channels